Dark Lands is the story of mankind’s struggle in the wake of Earth’s greatest catastrophe: a rain of massive asteroids in 2073 known as the Hammerfall.

History vanished, taking with it ten thousand years of culture and wisdom. Scattered survivors fought like rabid animals for food and clean water.

Time went on. The smoke over the large craters subsided, and the people built a new culture around their lives. Yet it was shaky, with few nails to hold it together. Now and then a community collapsed, but its raw materials found use in other places. Civilization was a patchwork of scavenged detritus, but nonetheless new life emerged after years of descent.

In Europe, the people are finally emerging from a dark age that spanned centuries, perhaps half a millennium; outlaws, explorers, adventurers, and idealists are drawn to the wilderness in search of the remains of a half-remembered past or the promise of an unimaginable future. Chroniclers, Spitalians, Anabaptists, and other adherents to organizations, gangs, and cults traverse the aching land, searching for know­ledge or crusading against the demons of the past.

Meanwhile, a new threat to mankind has emerged. Within the asteroids came a sinister life form that attacks the Earth and its creatures: the Primer.

Dark Land is a face-to-face tabletop RPG based on the Digenesis setting and using the 5e rules as adjusted by Spilled Ale Studios. 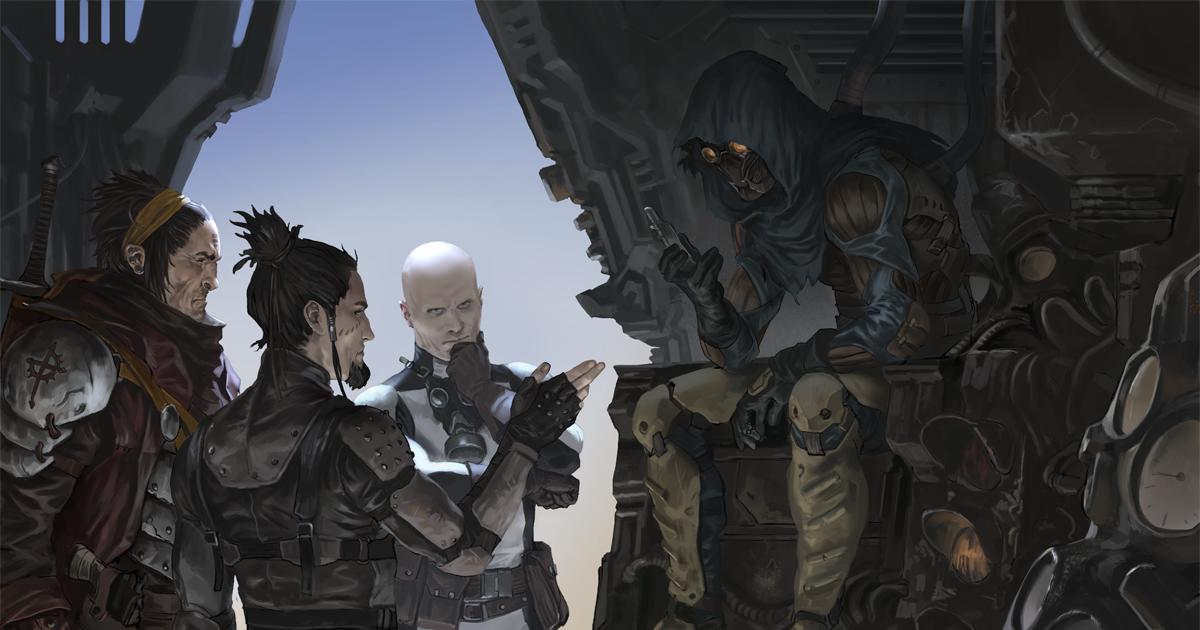